Then and Now: Trumpet 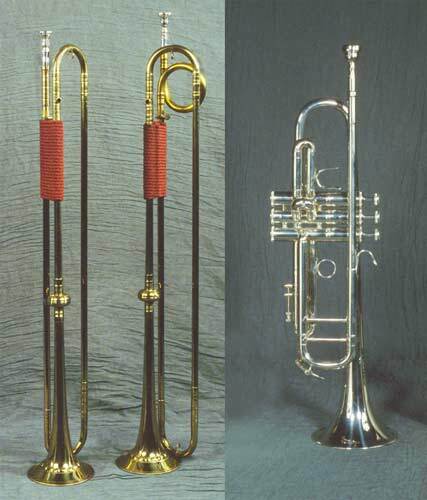 These are replicas of German-made early-19th century Baroque natural trumpets, i.e., trumpets without additional lengths of tubing that can be brought into play with valve or rotor mechanisms. Only the notes of the natural harmonic series can be sounded clearly on such instruments. The fundamental pitch of the right trumpet of the pair in the photo is lower than that of the left one due to the addition of a circular crook (an extra length of tubing) just below the mouthpiece. 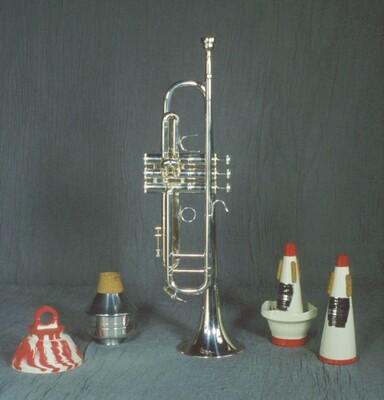 A modern day trumpet pitched in B-flat. The three valves that are worked into the design of this instrument are the product of an invention made in the early 19th century. These valves, each one making possible the addition of a different length of tubing, allow the performer to quickly and effortlessly change the acoustical length of the instrument and produce the  chromatic scale over multiple octaves.