Tantango Ensemble of the Mandinka from Gambia 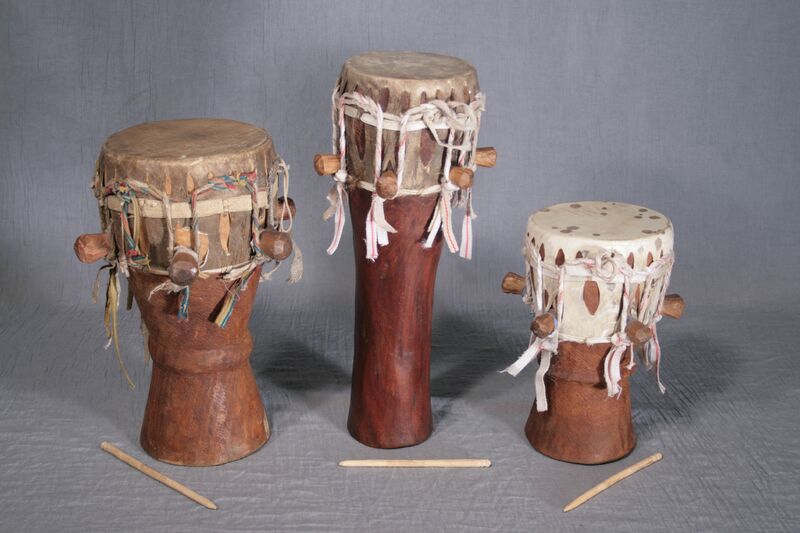 The Mandinka, descendants of the Mande peoples of western Africa, now reside primarily in Senegal, Gambia, and Guinea-Bissau. Among the Mande people in general, rhythm expressed as drumming is linked with all forms of movement, be it dancing, wrestling, procession, or agricultural labor. The tantango drum ensemble, consisting of two accompaniment drums, the kutiriba (big kutiro) and kutirindingo (little or small kutiro), which play interlocking rhythms following cues from a lead drum, called sabaro, provides the accompaniment for many Mandinka occasions. The term ‘tantango’ is often used to refer to any one of these drums, or the collective ensemble.

There are no caste restrictions on who may play tantango drums. Drumming, however, is restricted only to men; women are disallowed from even touching the instrument due to notions of physical purity. This stigma does not extend into greater group participation at events employing the tantango ensemble, where girls and women are the primary dancers. There is a defined hierarchy within the ensemble where the sabaro takes the fore, both musically, and socially. A drummer will begin a long apprenticeship, usually starting in youth, gradually working from kutiros to sabaro as his skill increases.

The tantango ensemble is employed in many life-cycle rituals (circumcisions, fertility) and agricultural and recreational (e.g., wrestling) events.  The most prominent such event is recreational dance (bantaba) and singing held in a wide-open space in the center of a village or at a crossroads in town. Participants amass in circles which can vary in size: sometimes with barely enough room for dancers, at other times as large as city blocks with rented folding chairs placed along the sides of the street for guests. The bantaba events begin with a signature recreational dance (Lenjengo), danced primarily by women and girls, and which typically includes a collection of rhythms, songs, and dances leading up to the “Lenjengo proper,” a fully engaged dance-music gathering that could go on indefinitely. Each dance has its own implicit rhythm and as dancers enter the circle they may signal, through dance steps, which rhythm is needed. The sabaro drummer then gives predetermined signals for starting, stopping, and changing from one rhythm to another as the dances change. The kutiro players continue various ostinatos over which the sabaro improvises and continues to give signals that control the dance. While the sabaro player plays the phrases linked with the entrances, exists, and other movements of the dancers, the two kutiro drummers play the indentifying parts that are unique to each dance. In cases where the celebration engages a vast number of people, the ensemble is still not augmented but, instead, many three-person tantango ensembles play for smaller groups within the larger crowd. 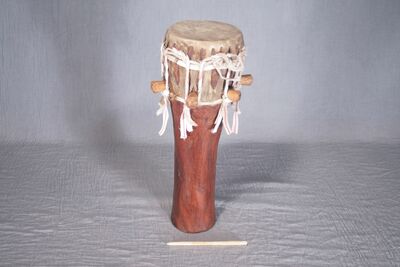 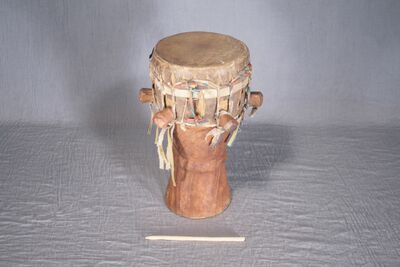 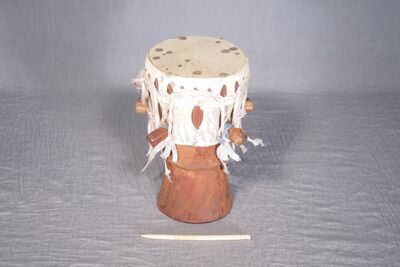