In many regions of China, small instrumental ensembles consisting primarily of plucked, struck and bowed chordophones and aerophones are to be found. A generic term that has come to be applied to these combinations of instruments is ‘sizhu,’ or ‘silk and bamboo,’ which makes reference to key materials found on Chinese chordophones (silk strings) and aerophones (bamboo tubes). The particular types and combinations of instruments found in sizhu ensembles will differ from region to region, as will the repertoire of pieces and the subtleties of performance practice. The first audio example is of a representative sizhu group from the Jiangnan region around Shanghai. While a supra-regional concert hall version of sizhu performed by conservatory-trained professionals emerged during the final decades of the twentieth century (the second audio example), the more time-honored tradition of sizhu brings together skilled amateurs in private settings or informal public venues such as teahouses where they play for enjoyment and social interaction. The music played by such ensembles is based on a repertoire of melodies; in performance, a single melody is played and ornamented uniquely by each performer in accordance with the performance conventions associated with each type of instrument--the resultant musical texture may be described as heterophonic.

Below are pictured many of the instrument types that one might expect to encounter in a sizhu ensemble. Western melodic instruments, such as the saxophone, may also be encountered in sizhu ensembles in contemporary China. Ensembles will vary in size from three or four members to eight or more; generally speaking, only one instrument of each type present in a group will be played at any given moment. 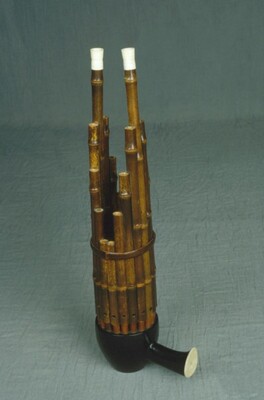 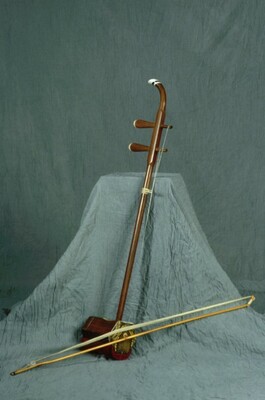 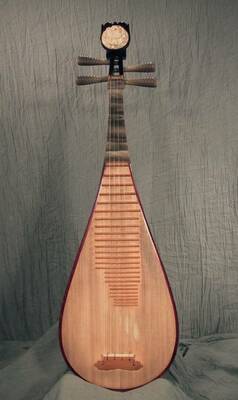 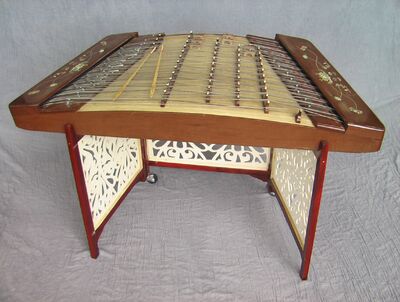