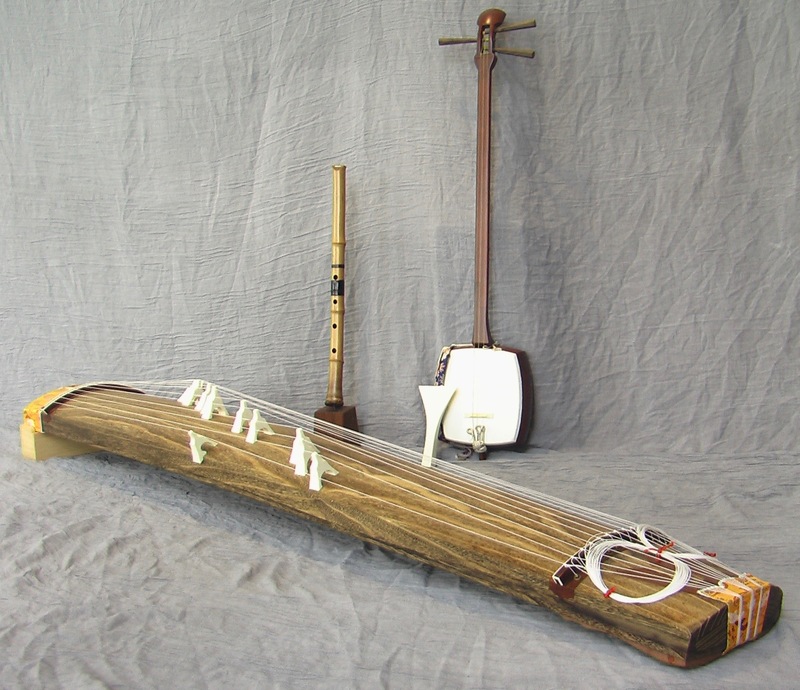 The chamber ensemble par excellence of traditional Japanese music is the sankyoku, or three instrument’ ensemble. This ensemble consists of three of Japan's best-known instruments—the koto long zither, shamisen lute and the shakuhachi end-blown flute (the bowed lute kokyo [not included in this collection] is sometimes used instead of the shakuhachi). This ensemble combination came into being in the late 17th century and is generally credited to Ikuta Kengyo, the founder of an important school of koto playing in Kyoto. These instruments accompany songs sung by a vocalist (oftentimes one of the instrumentalists) and provide instrumental interludes between sections of the songs. The instrumental sections in sankyoku works were much more expansive than was previously the case with Japanese instrumentally accompanied vocal music. In essence all three instrumentalists are playing roughly the same melodic material, but each realizes the melody in accordance with the nature of his or her instrument. The musical texture that results can be referred to as heterophonic. Much of the music still performed by this type of ensemble dates from the 18th and 19th centuries.

(by Roger Vetter and Toby Austin) 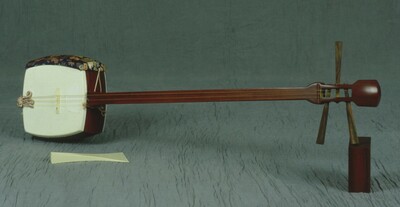 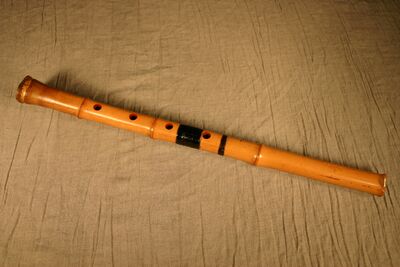