Hindustani (North Indian) classical music is performed by a small ensemble that consists of a melodic soloist, a drummer, and a drone player. The Grinnell College collection includes several of the basic Hindustani melodic, rhythmic, and drone instruments. These include the two best-known solo instruments, the sitar and the sarod, and also the bansuri side-blown flute. The most ubiquitous rhythmic instrument used for Hindustani classical performance is the pair of vessel drums collectively referred to as tabla. The traditional instrument used to provide the ever-present background drone is the tambura. The collection also includes an instrument that figures prominently in performances of light classical Indian vocal music, the harmonium. 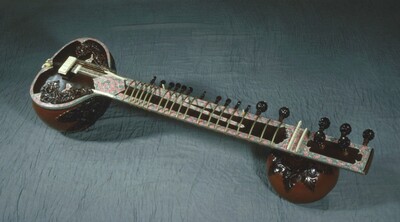 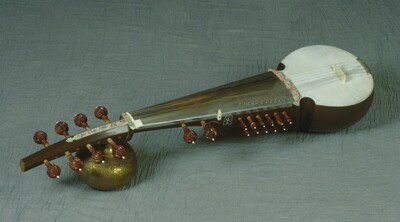 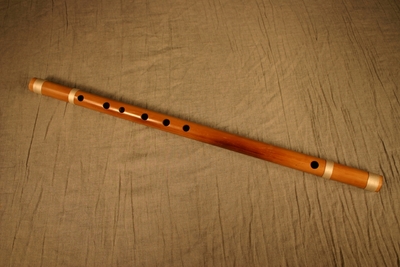 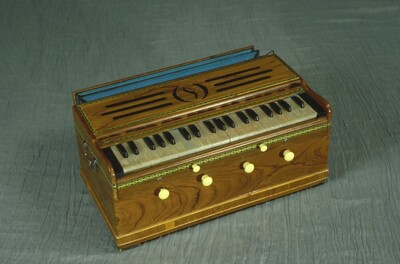 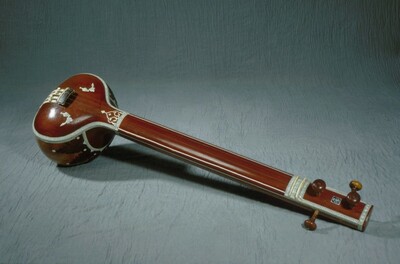 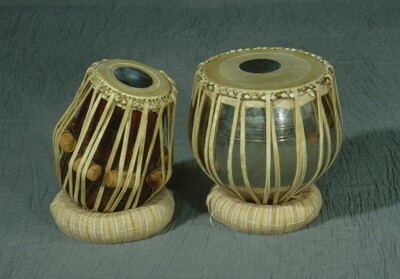