Then and Now: Oboe 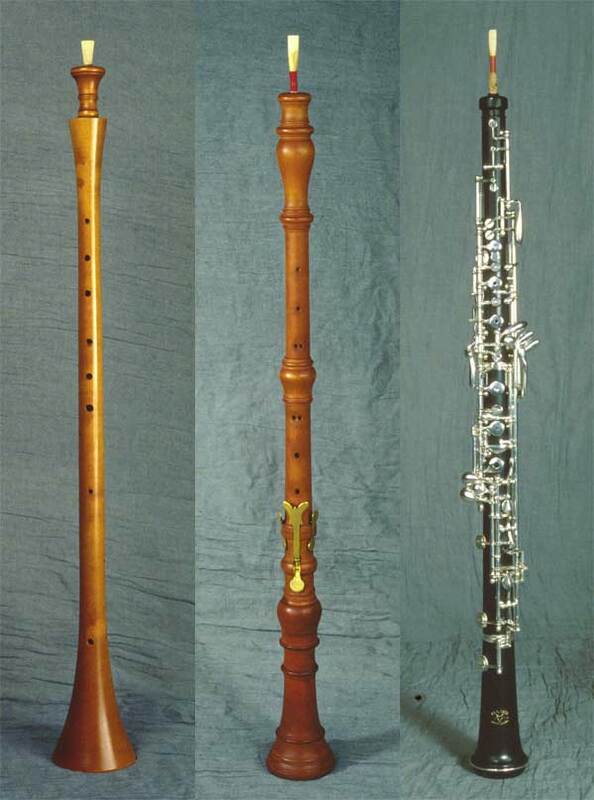 Medieval shawm, based on iconographic sources from the 15th century and before. Wood, six finger-holes, conical bore, and a wood pirouette protecting the staple to which the double-reed is attached.

A replica of a late Baroque through Classical era oboe, made of wood with three keys (only two of them are actually used). The bore is more exaggerated in its conical shape than that of the shawm. The staple is visible and there is no pirouette covering it.

Present-day concert oboe made of either wood or, as is the case with the pictured instrument, plastic. The complex system of keys and pads, inspired by the innovations for the flute by Theobald Boehm, developed during the 19th century and culminated by 1900 in a design that is basically still in use today.

The same passage of music played on a Baroque oboe (first clip) and the modern oboe (second clip) provide a comparison of the sound qualities of these two instruments.