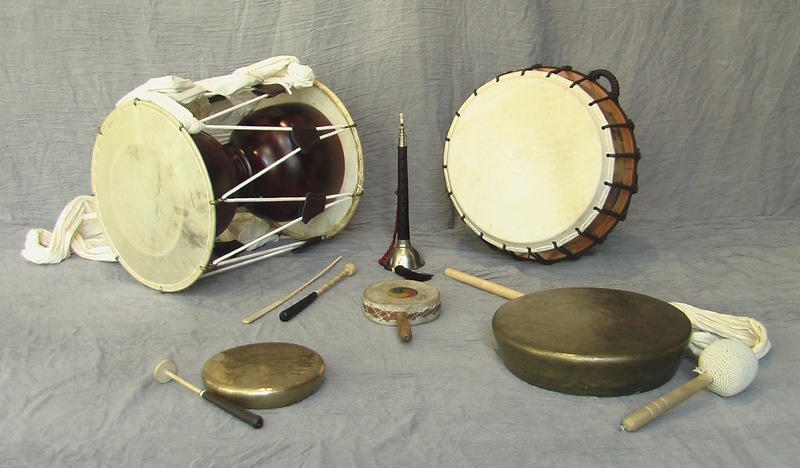 Nongak, also called p’ungmul, is a genre of music that in the past, and to a small extent even today, played a role in rituals, work, and entertainment in rural Korean villages. Often translated as ‘farmers’ music,’ until recently it was common for nongak bands to play for: yearly agricultural rituals and to encourage work in fields; Buddhist holidays; ceremonies to exorcise demons or to ask for spiritual assistance for major life events; and the collecting of funds for village projects such as the construction of major public architecture. There is indirect evidence for nongak having precursors as early as 57 BCE. The earliest direct evidence dates to a 3rd century Chinese text describing sowing and harvesting rituals that involved music. The Japanese occupation of Korea in the early 20th century resulted in a loss of much of the nongak tradition as it was outlawed and many of the metal gongs used in its performance were confiscated and melted down. Modernization after the end of the Korean War resulted in a de-emphasis on communal aspects of rural life and further contributed to the demise of this music. While still precariously alive in rural Korea, the nongak tradition has also been transformed by various entities in contemporary Korea who have made it into a national and commercial enterprise. Nongak is being preserved by a state preservation system and has become part of the way in which contemporary Koreans present their unique indigenous identity both to themselves and to the world at large. In 1978 a quartet of musicians calling themselves SamulNori began a revival of stylistic elements of nongak but with the intention of it being presented on the concert stage rather than the village context. This group’s success first in Korea and, eventually, internationally stimulated the creation of other new groups and the birth of a new genre that is now often called samullori.

The instruments pictured below are the ones you might expect to encounter in a contemporary stage performance of nongak, which typically would involve a dozen or more musicians, dancing while playing, and additional performers such as acrobats. For samullori performances, such as those by the original Samulnori group, one would expect, typically, four seated musicians on stage performing on only a kkwaenggwari, ching, puk, and changgo. This basic samullori instrumentation has been expanded in recent years by some groups to include further drums that are not found in the Grinnell College collection. 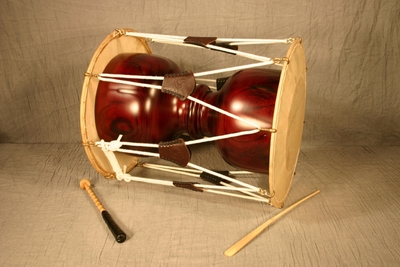 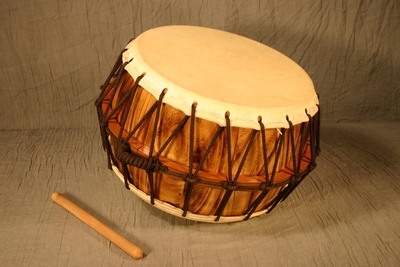 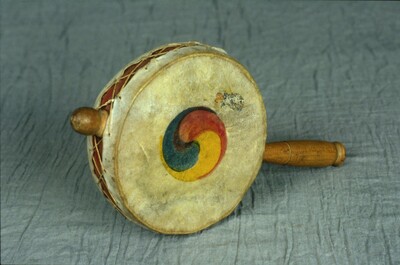 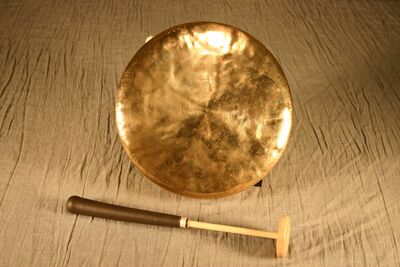 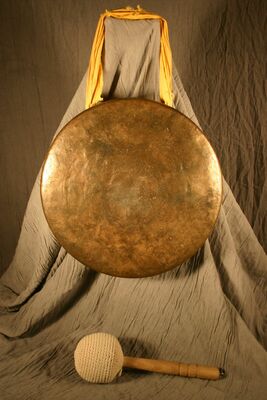 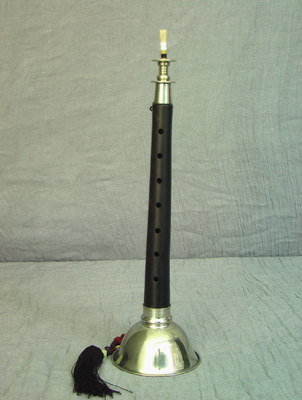