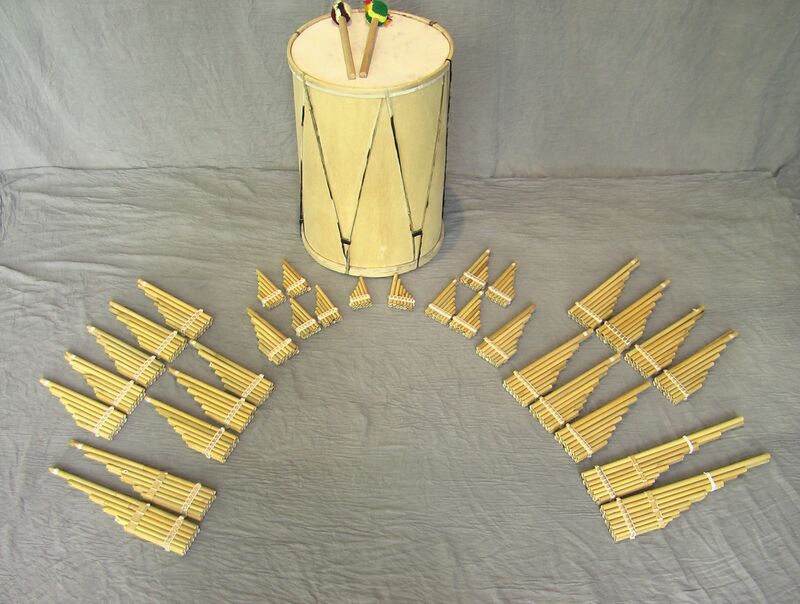 The kantu (also spelled khantu) panpipe ensemble originates amongst the Kalawaya of Eastern Bolivia, a rural Quechua-speaking people who cultivate a variety of crops on the slopes of the Andes. One of a few types of music ensembles found amongst the Kalawaya, the kantu ensemble is typically active at festivals such as Corpus Christi and the Fiesta de San Miguel during the dry season (other types of ensembles perform during the rainy season). A village kantu ensemble will usually consist of about 25 members, all of them farmers and none of them making a living from music. Most members play double-row panpipes called phukuna (also called sikus), and a few members will double on the double-headed membranophone wankara and one person will play a large triangle called ch’inisku. Such groups perform out-of-doors during fiestas, forming a circle and moving, alternately, clockwise and counterclockwise in conjunction with the structure of the music they are playing. Non-musician couples will dance more individualistically both inside and outside the circle of musicians. Kantu groups also perform in processions that are a part of every festival. 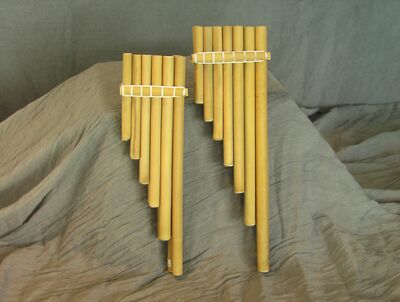 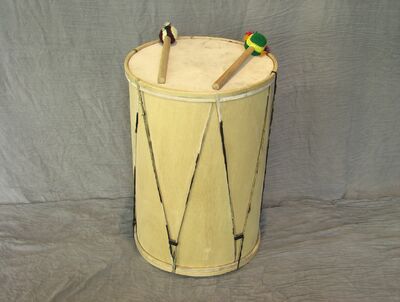