Mele hula, traditional Hawaiian chant enhanced by dance, incorporates a variety of rhythmic accompanying instruments. Most of these are idiophones—the gourd ipu hula, the bamboo stamping tubes ka'eke'eke, the stone castanets 'ili'ili, the slit tube rattles pu'ili, the concussion sticks kala'au, and the calabash rattles 'uli'uli. Two membranophones are used, the most basic of the pair being the pahu (not included in the collection). The pahu is used either by itself or in combination with the small coconut shell drum puniu tied to one of the drummer's thighs. Each traditional mele hula has associated with it one of the above instruments; the instruments are never combined to form a mixed ensemble, although several instruments of a single type may be performed together (e.g., several ipu hula may be used simultaneously). Lighter forms of hula such as hula ku’i (‘hula that joins old and new’), which developed before the turn of the 20th century mostly for tourist entertainment, use either the above-mentioned traditional instruments, the four-string lute ‘ukulele, or a small ensemble of plucked lutes plus string bass for their accompaniment. 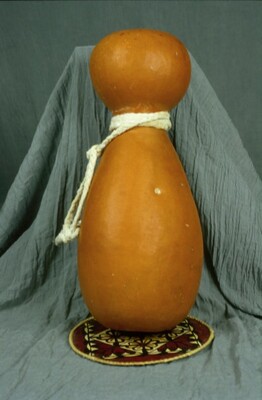 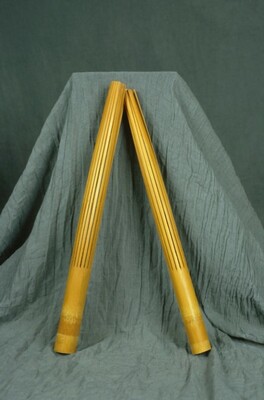 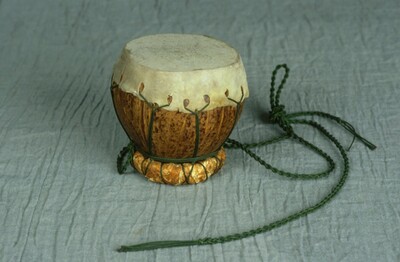 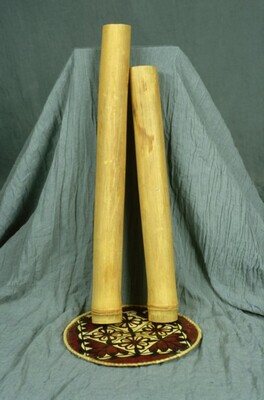 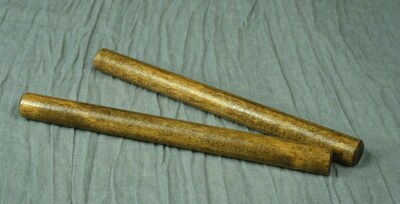 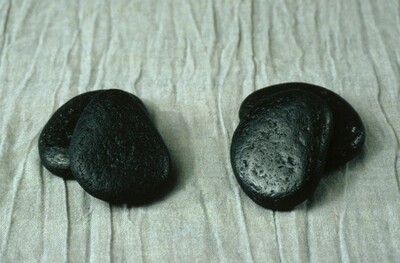 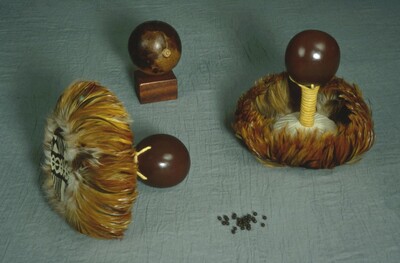 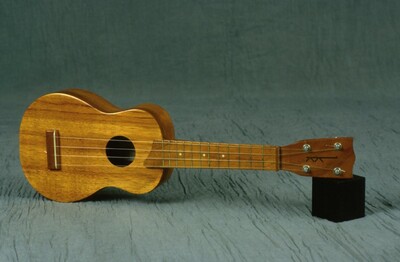