Then and Now: Harp 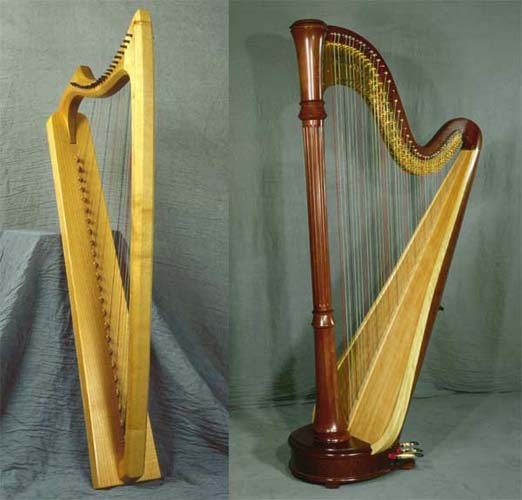 This replica is based on harps from the 16th century. The strings probably would have been of gut and tuned to a diatonic scale. There is no mechanism by which the length of the string can be quickly altered to produce chromatic notes. This modern concert harp has a complex system of internal levers set into action by foot pedals making it possible to shorten the lengths of most of the strings by one or two increments, resulting in a few consecutive chromatic notes on each string. Two rows of pivoting discs mounted in a metal plate attached to the neck of the instrument do the actual stopping of the strings. These design features make this harp a fully chromatic instrument.