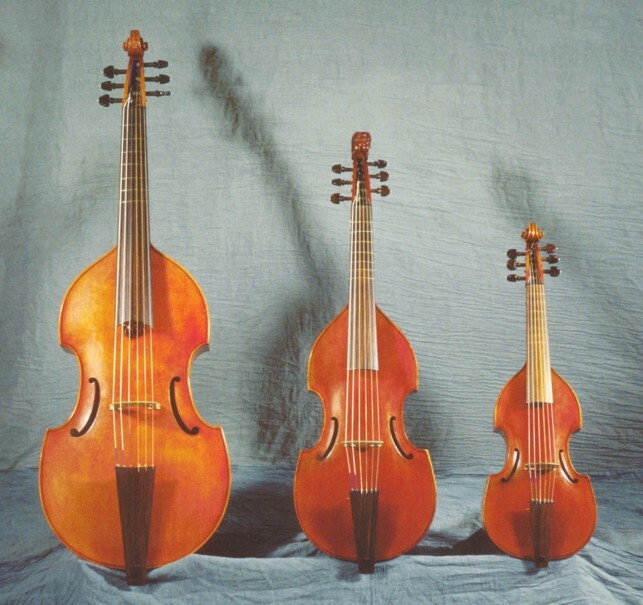 The viola da gamba (also ‘viol’ and ‘gamba’) of the Renaissance period of western music history was not so much a solo instrument as a ‘consort’ one. This means that the basic design idea of the instrument was replicated in a variety of sizes (and ranges) that roughly corresponded to the ranges of vocalists and that, as was the case with vocal music of the time, these fretted bowed lutes with a homogeneous timbre could be played together as a homogenous ensemble (consort) to perform polyphonic music. The Grinnell College consort of four instruments includes the three different sizes of viols (some consorts include up to six or seven sizes) seen in the photo to the left: bass, tenor, and treble (from left to right). A fourth viol, the contrabass or ‘violone,’ in the collection was not included in the consort photo because it was seldom used in that ensemble during the Renaissance Era. This consort image illustrates nicely the relative sizes of the three most standard viol consort instruments. Renaissance instrumental part music was not written specifically for the viol family; instrumentation was not specified, making the music suitable for any consort, homogeneous or mixed, of wind and stringed instruments. At the bottom of this page are photographs of the individual instruments seen in the consort photo plus the violone. 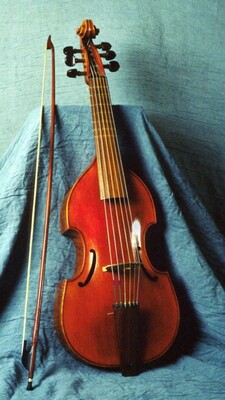 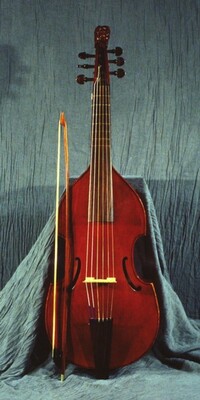 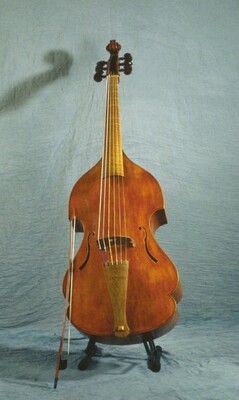