While this set of Sundanese (the primary ethnic group inhabiting the western third of the island of Java, Indonesia) instruments does not comprise a gamelan ensemble of a particular type, most of its instruments are found in the ubiquitous West Javanese gamelan salendro. The instruments were commissioned one by one during the 1960s by Edwin '39 and Carol Sampson '37 Fox, who were living in West Java at the time. The gongs and the metallophone keys are made from bronze and are of high quality. When given to Grinnell College in 1986, the instruments were not tuned to one another; A.L. Suardi, a Javanese musician and instrument maker, tuned the set to a single scale in 1987. See charts for instrument ranges and tuning.

The instruments pictured below can be heard in the audio example. The Grinnell College Gamelan Ensemble is heard playing an adaptation of an archaic central Javanese piece, Gendhing Kodhok Ngorek. 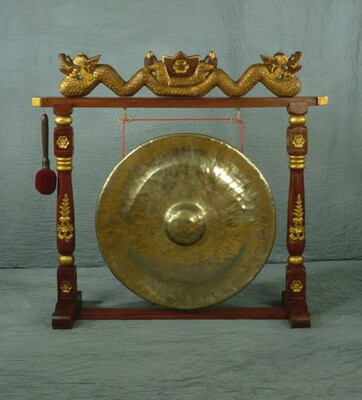 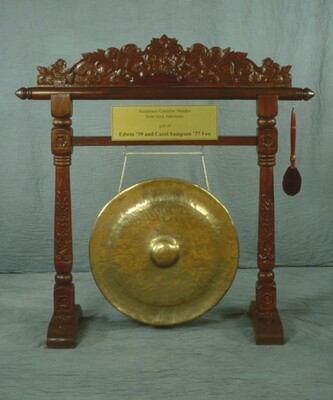 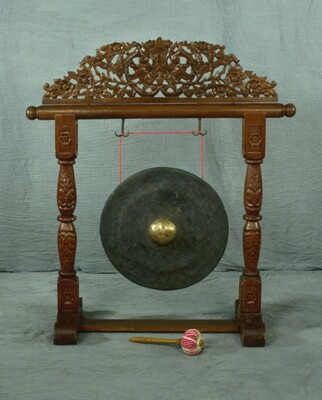 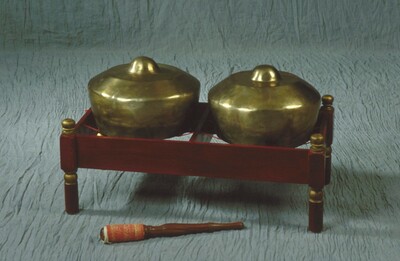 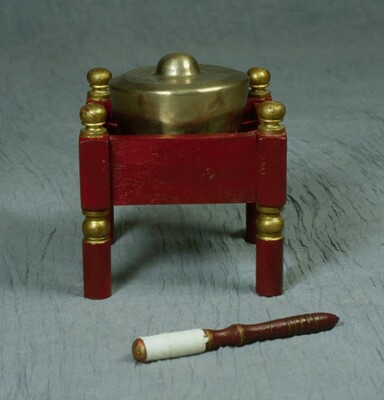 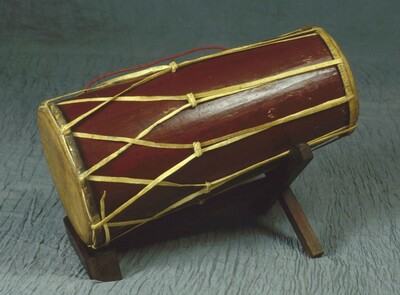 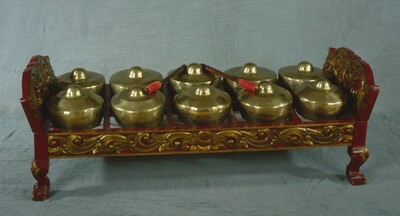