Then and Now: Flute 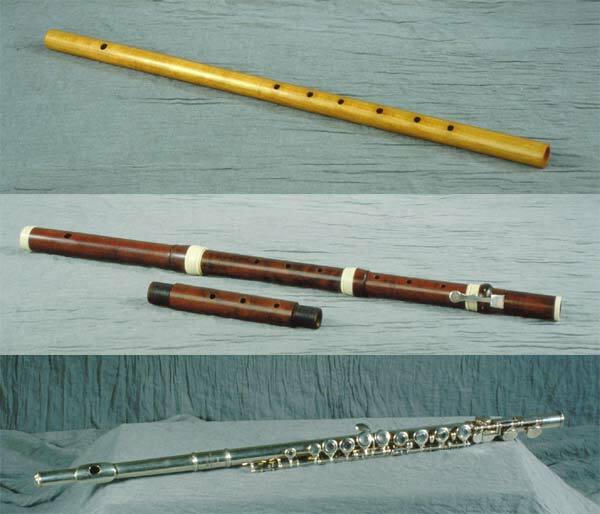 Renaissance flute, based on surviving instruments from the 16th century. Wood, one-piece construction, cylindrical bore with blowhole and six fingerholes.

Baroque flute, late 18th century German instrument and representative of the flutes in use in Europe from about 1720. Wood, four joints with three alternate second joints called corps de rechange. One key. Cylindrical bore in head joint, tapering bore over the rest of the length of the instrument.

Present-day concert flute in the form it attained by the end of the first quarter of the 20th century. Made of metal with a cylindrical bore, the complicated system of keys and pads is the product of the mid-19th century design innovations of the German maker Theobald Boehm.

The same passage of music played on a Baroque flute (first clip) and the modern flute (second clip) provide a comparison of the sound qualities of these two instruments.