The Shona peoples of Zimbabwe seek, in the context of ceremonies called bira, spiritual guidance from their ancestors (vadzimu) in resolving serious problems that effect individuals, families or entire communities. Bira may also be performed to request rain, at certain life-cycle ceremonies, and to address mashave spirits (a class of spirits including those of animals and of humans who were not given proper burials). A bira may also be held simply to remain in contact with the ancestors. Spirit mediums (svikiro) are typically invited to bira and are the individuals most likely to succumb to possession. When in a state of possession, they become the mouthpiece for the spirit whose advice is being sought. Bira typically take place in a traditional circular hut such as the kitchen in a family compound. Up until the time a medium is possessed, the primary driving force of the ceremony is its music, and at the core of the music making is a group of specialists performing on at least two mbira dzavadzimu (‘mbira of the ancestors’), but possibly more, and at least one pair of gourd rattles called hosho. Various members of the ensemble also sing and yodel. Other participants in the ceremony are inspired to contribute to the driving and unrelenting energy of the moment through participatory clapping, dancing, and singing. In some regions of Zimbabwe, drums are used instead of mbira dzavadzimu.

Spirit mediums are often not possessed until after midnight. Ritual beer brewed specially for the ceremony is consumed by all participants, and spirit mediums frequently use snuff to aid in their possession. Upon being possessed the ancestor speaks on the issue at hand and offers advice or helps to cure the ailment. This is often accompanied by some uncertainty as it is not known how the ancestors will offer aid or through whom they will communicate. This communication is precipitated through the music provided by the mbira dzavadzimu and hosho. It is believed that the music provides a bridge between the spirit world and the physical world to allow the ancestors to communicate.

Berliner, Paul F. 1981. The Soul of Mbira—Music and Traditions of the Shona People of Zimbabwe. Chicago: Chicago University Press. 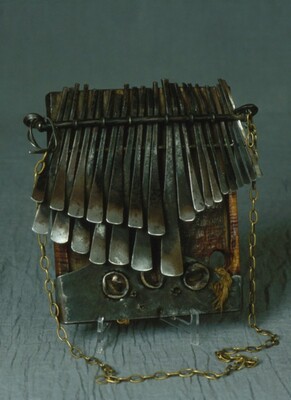 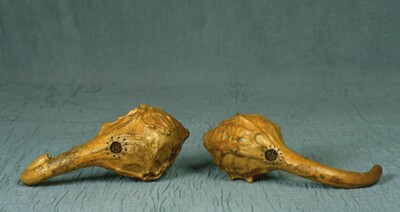